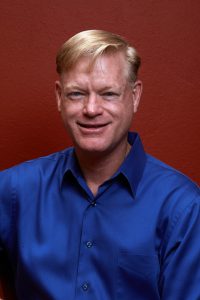 Drew Vogt is the co-founder and chief executive officer of Casa de Kids. His first experience in assisting Mexico’s children was with a successful fundraiser in 2003 benefitting an orphanage in Tecate, Mexico. Drew continued to explore ways to empower Mexico’s orphaned children and in 2007 became engaged with work in Oaxaca, Mexico, leading to a Directors’ position on the board of VIDA (Validating Individuals Deserving Autonomy), and later served for two years as President. This non-profit organization worked to improve the lives of children in Mexico through education and assistance with food and basic needs.

In 2008, Drew came to Oaxaca to work with orphaned children and fell in love with the city. Drew continued his work by leading annual retreats with people from the U.S. to Oaxaca to raise awareness and directly benefit children in need. His groups have donated over 1,500 items of clothes, school supplies and food. In 2015, Drew founded Casa de Kids.

Prior to founding CdK, Drew founded two successful spiritually-based non-profit organizations in Santa Fe, New Mexico and in San Francisco, California. He has assisted with community projects in Tibet, Nepal, and Tehran, Iran and in 2011 Drew studied grass roots solutions for communities in Guatemala with Rainbow World Fund. He taught English in Tokyo, Japan for one year, admires Japanese culture, holds a Bachelor of Arts degree from San Diego State University, and is an oil painter in his spare time. He makes his permanent home in Oaxaca, Mexico, where he is dedicated to improving the lives of children. Drew says, “Education provides people the dignity and independence that everyone aspires towards.” 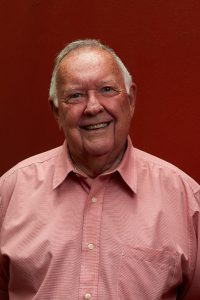 Loren Rice, a native of the Pacific Northwest (in the United States), graduated from Lewis and Clark College in Portland, Oregon, and then earned graduate degrees in Hospital and Health Care Administration at the State University of Iowa. After completing a residency in Seattle, Washington, Loren served in medical administrative capacity at the Oakland, California Naval Hospital providing care to returning military personnel from Vietnam.

Loren’s interest in Casa de Kid began during his first visit to Oaxaca, Mexico, in 2016, when he met Drew Vogt and experienced the work of Casa de Kids in person. Loren was inspired by Casa de Kids’ mission and with his vast non-profit work experience, he was recruited to be an active board member. 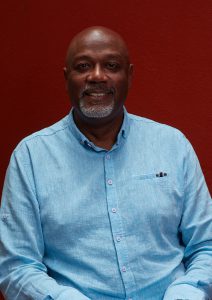 Jim Fralin grew up in Virginia and from an early age his parents instilled in him the belief that it is incumbent on those who have the ability to help others to share their abundance. This deeply seated belief inspired Jim to become involved with organizations where he could share his abundance and talents.

Jim earned a BS in Business Administration from Mary Baldwin University and AAS in accounting from Virginia Western College. He is certified as a Project Manager Professional, Certified Fraud Examiner, Internal Auditor, Information Systems Auditor and has worked as a business process consultant.

Throughout Jim’s professional life, he has amassed a wealth of business experience in industries such as healthcare, technology, and public utilities. His work in compliance and accounting has taken him to many countries throughout the world.

Jim became acquainted with Drew Vogt’s Oaxaca work beginning in 2007 and ever since he has consistently supported all of Drew’s work with Oaxacan orphans and students. He is Casa de Kids’ Registered Agent in California, Treasurer, and Advisory Director. 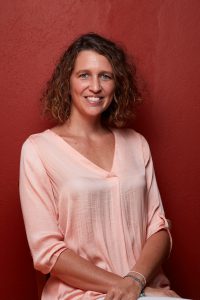 Pamela Vazquez was born and raised in Argentina’s capital, Buenos Aires. She earned a degree in Foreign Affairs from the Universidad del Salvador in Buenos Aires and upon graduation went to work in New Zealand, Canada, and Mexico for the next fifteen years. In these countries, she worked in marketing, strategic communications and event organization.

Pam’s community-focused positions and her passion for service and education led her to Casa de Kids. She began as a volunteer and was quickly promoted to Program Coordinator. She is dedicated to serving Casa de Kids´ mission and creating a safe and loving environment for disadvantaged youth.

Pam is married mother of two children, and makes her home in Oaxaca City, Mexico, where Casa de Kids is based.

In gratitude for years of service

Staying home on Halloween? Here’s what we are doing for Day of the Dead;In these challenging times it is still important for us to "gather together" even if it's online in the comfort of our homes. We have two special days to honor our brave students, and their ancestors who hope and pray for their best.

Please join us virtually on November 1 & 2 to celebrate the lives of our students!

A BIG Thank You—- to an anonymous donor who provided a whole much of great shirts for our students. Please keep an eye out for our second annual Day of the Dead event, this year online. Our goal is to raise $4,000 USD to support our 25 students. Thank you for making their education possible! ... See MoreSee Less

This Campaign has ended. No more pledges can be made.